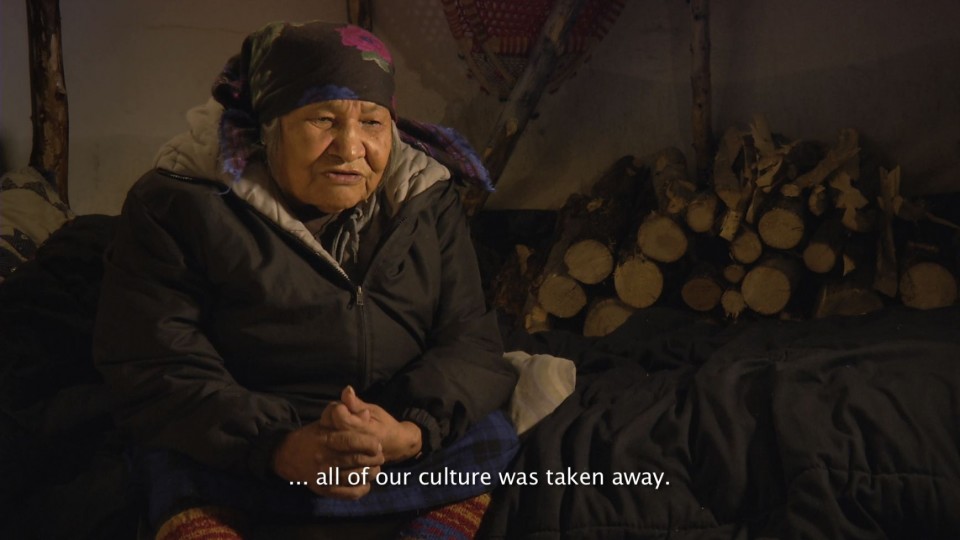 Synopsis: In a 1948 clandestine operation, 100 Mushuau Innu – an indigenous hunting people of Northern Labrador, Canada – were ordered into the cargo hold of a ship and transported far beyond their lands. To this day, the events remain shrouded in mystery. – A ship, piercing winds, the death of a young man and insurmountable mountains. – All are recurring fragments, parts of a jigsaw puzzle with many missing pieces. Though only a short two-year period, the move to Nutak was an omen for what was to follow. It marked the first attempt of the Canadian government to settle the nomadic Mushuau Innu. After decades of settlement and silence, Innu elders wanted to revisit Nutak and tell their memories. This film follows their call.

„I think this film will send a strong message to those who don’t know where we came from. – That we were almost wiped out from the face of the earth, either by nature or by man.“ Damien Benuen, Innu Hunter